Goldfish (actually a bright orange color) are popular in ponds and aquariums. Those with fancy tails are especially lovely.

Shown here are 3 wonderful beading tutorials to make goldfish.  The first is an amazing articulated goldfish tutorial design shown above. The designer is the talented British designer, Tracey Lorraine of Crystalstargems.  A rare design, as very few would attempt to make a seed beaded design flex and move as Tracey does. 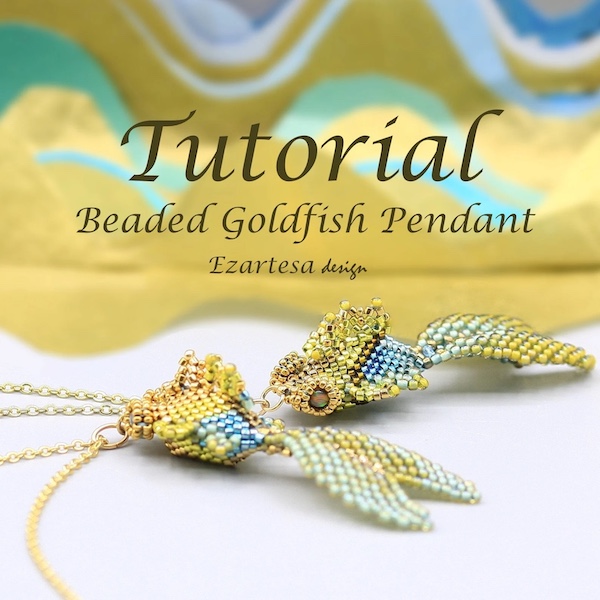 The third and not least, this bezeled crystal cabochon goldfish design is by French designer, Daniel of ElodieZAtelier. 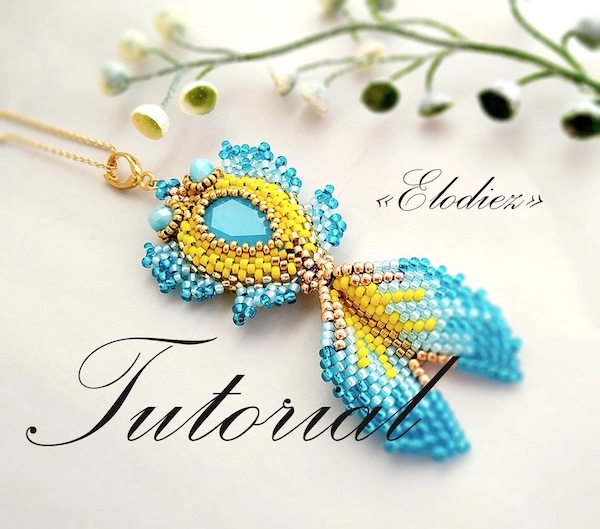 Goldfish are native to East Asia and are in the freshwater carp family. Normally silver or grey in color, there were occasional mutations in color.  Starting from Imperial China over 1,000 years ago, the selective breeding has resulted in a wide range of color, body and tail shapes.

Goldfish are best kept in aquariums (not little fishbowls) or garden pons and should never, ever be released in the wild. Those that have been can grow to monstrous sizes and outcompete local fish species for food and set the stage for an ecological disaster. They’ve become an invasive species all over the world.