Jewelry
Narwhals are about as close to a mythical unicorn as we could possibly get! Although one wit on Facebook calls the rhino, a unicorn that has let itself go!

Narwhals, along with their closest relative, the beluga whales, live in the Arctic waters around Canada, Russia and Greenland. Their single tusk – an overgrown canine tooth, is what inspires their alternative name, “unicorns of the sea”. 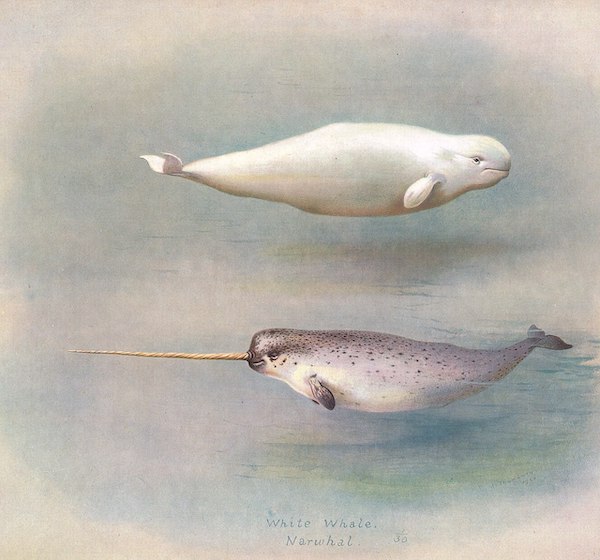 These creatures have inspired many jewelry artisans to make narwhal designs.  Here are some of my favorites.  Be sure to check out the rest of their stores!  Above is the Red Panda and Narwhal Best Friends necklace by NameCoins. It is indeed cut from a US quarter coin. 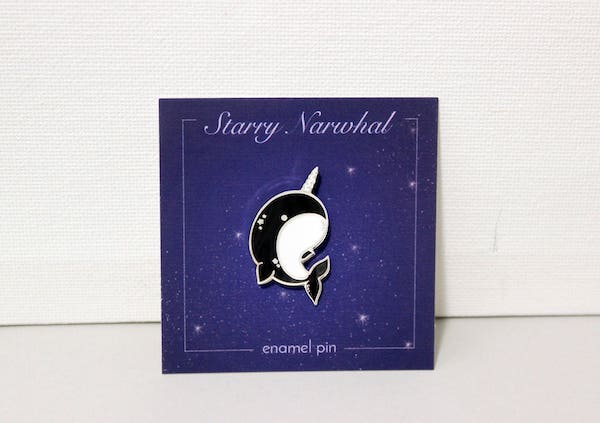 This sterling silver narwhal necklace by Mark Poulin of  marmar captures its characteristic mottled skin. The name of this whale comes from the Old Norse word, “nar” which actually means “corpse” because its coloring resembled a drowned sailor. 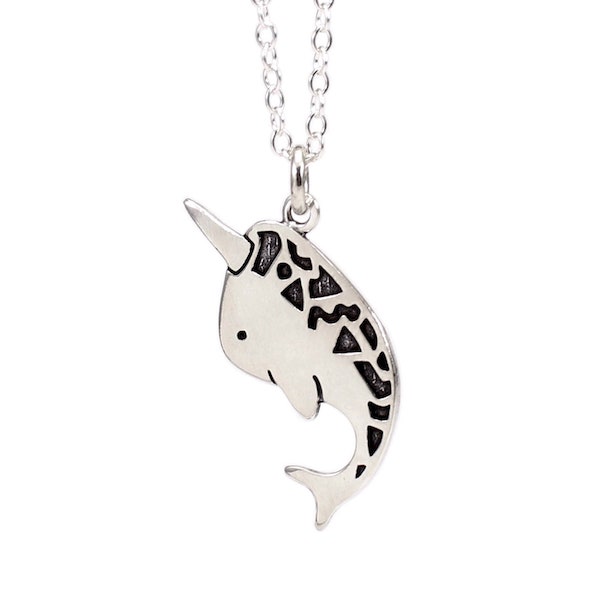 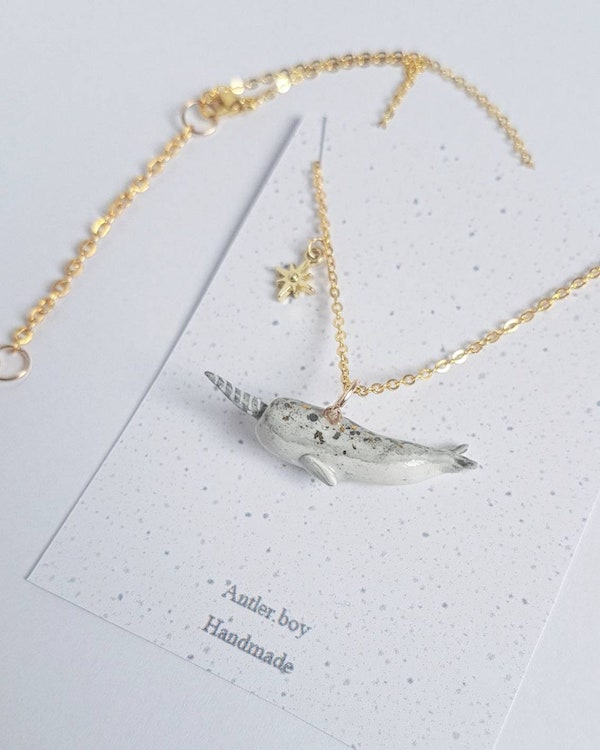 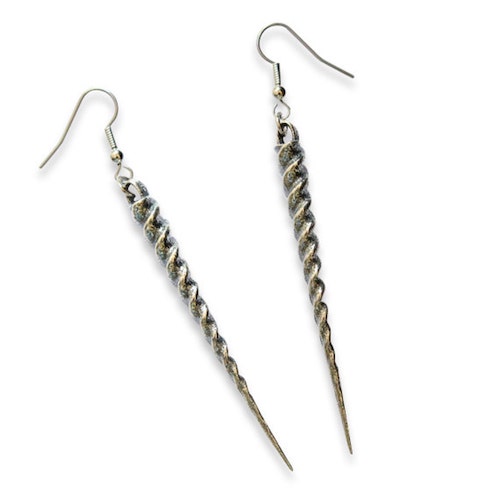 Mysterious Unicorns of the Sea

They hunt under deep pack ice in the winter months and they often suffocate if they cannot get to an open stretch to breathe and if the ice is too thick to break. Young narwhals are also killed by polar bears, their main predators, waiting by a convenient hole in the ice as well as packs of orcas.

The Inuit people have hunted narwhals and other Arctic creatures for their skin, meat, vertebrae (for carving) and tusks. Outsiders did not know narwhals existed until the 18th century since few traveled to such inhospitable areas.

Early sailors, though mystified by why so many “unicorns” chose to die on cold northern beaches, collected the tusks for sale.  They were worth sometimes as much as 10-11 times their weight in gold. Monarchs and the extremely wealthy prized them as poison detectors!

Royal food tasters were required not just to sample the monarch’s food but also to wave the supposed unicorn horn over the food and even dip it into food and drink for good measure.  No one actually tested this for centuries – it was simply believed that the unicorn horn would sweat, change color or shake if it came near poison. Or even render poison harmless.

She paid 10,000 pounds for another “unicorn horn”- the cost of a castle in her time. She also drank from a cup made from a tusk believing that the “unicorn horn” would explode if it had poison in it.  It never did.

The monarchs all thought these narwhal tusks had magical unicorn properties so they had many things made from these expensive tusks – amulets, goblets, scepters, crowns, royal sword hilts and scabbards.  In 1671, the  Danish King of Denmark commissioned a new throne made from “unicorn horns” but they were really narwhal tusks.  You can see the spiral narwhal tusks as uprights in this coronation throne today in Castle Rosenborg, Copenhagen :
In the 1570’s, a pioneering French Royal physician, Ambroise Parè, was the first to debunk the tusks as a poison antidote. A century later, he was proved right when England’s Royal Society investigated. 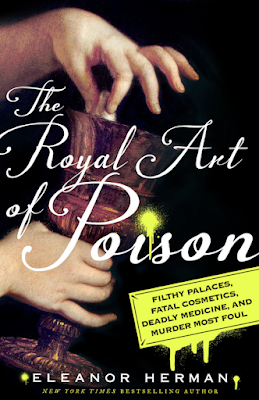