When I stumbled upon Mary Jane’s (a pseudonym) collection of lovely beaded jewelry, bookmark and tapestry tutorials, I knew her inspirations came from the Middle East.  In general, her inspirations come from Egyptian, Persian, Arabic and some Moroccan art. Her pattern designs often have repeating and detailed geometric motifs.

Her shop name – Alkhazneh – as well as its location, in Petra, Jordan made my eyes light up!  Petra is the location of one of the world’s most recognizable historical and archaeological treasures.  Readers will surely remember the facade of the temple from the 1989 movie, Indiana Jones and the Last Crusade.
The Al-Khazneh, now a popular tourist attraction, also known as “the Treasury” by the local Bedouins who believe it once housed treasures. The carved red sandstone structure in the ancient city of Petra, is most likely a royal tomb – the mausoleum of the Nabatean King Aretas IV in the 1st century AD. The Nabateans were nomadic Arabs who built their capital as a major trading hub close to land based incense trade routes. They had superior water management techniques which allowed their city to prosper despite its extremely arid location. Petra eventually fell to the Roman Empire in 106 AD.  A few centuries later, it was abandoned due the loss of the water conservation knowledge and an earthquake. The local Bedouins guarded the location of the ruins for well over 1200 years until a non-Bedouin explorer, Swiss Johann Ludwig Burckhardt in Arabic disguise, “rediscovered” it in 1812.

The site is a stunning marvel of both nature and man’s creative and engineering endeavors. No wonder Mary Jane’s color inspiration came from the beautiful rock colors in Petra. 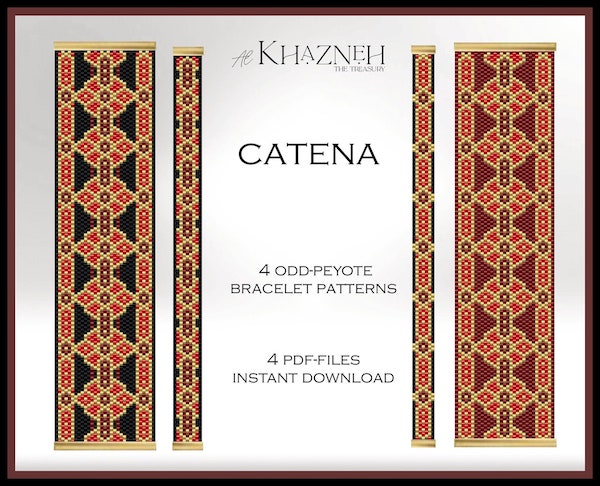 I re-started beading about 6 years ago as I noticed that most of the jewelry sold in Petra are not locally made. Later on I started teaching local Bedouin women, but due to the high costs of good material I had to stop. Bedouin people of Petra are extremely poor.